Sadly, this has been postponed until the current crisis is over.

In recognition of Joe Corkill’s contribution to the promotion of patient participation over more than twenty years, the N.A.P.P. Board has established the Corkill Award. This is awarded annually at the N.A.P.P. Conference and AGM.

The Corkill Award – N.A.P.P. PPG of the Year

The Award is a cash payment of £500 to the successful Group and a plaque or framed photograph of the presentation for display within the winning practice. The prize money can be used in any way that the PPG chooses. The winning group will be invited to write a piece for the N.A.P.P. newsletter and to speak at a future N.A.P.P. Seminar.

The Award will recognise outstanding work by a PPG in the preceding year which demonstrates achievement in relation to the key themes set out in the application form. Each year, the criteria are designed to highlight the developments and scope of PPG activities and how they are meeting the challenges in a fast-changing NHS.

To be eligible for the award, PPGs must have been members of N.A.P.P. on the 1st January in the year of the award to be eligible to enter. Click here for 2020 application form. 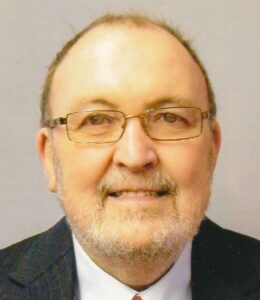 It was sad to hear of the death on July 6th 2014 at the age of 75, of one of our most ardent and long-serving supporters, who championed the cause of PPGs for at least 30 years and for most of that time, also gave unstinting service to N.A.P.P.

Joe was born in the Toxteth area of Liverpool in 1939, and moved with his family to Wallasey in the early 1940s, where he remained. His professional background included work in local social services, teaching arts and crafts in day centres for disabled adults and managing day centres. After 15 years he moved into Community Development for 15 years until retirement in 1996.

As Chairman of the PPG at his surgery, he first became involved with N.A.P.P. in 1987 as North West regional officer (as they were called at that time). During the ensuing 22 years, he held the posts of Regional Officer, nine years as Treasurer, then Vice Chair and Chair (1999 to 2002).  At numerous events, he delivered talks and gave generously of his time, effort and his infectious enthusiasm to promote the merits of PPGs and to advise both patients and GP practices in establishing and supporting patient groups.

He was a lay member of the Patient Liaison Group at the Royal College of GPs in London and a trustee of Developing Patient Partnerships until government funding was withdrawn.

In 2009, ill heath forced him to retire from N.A.P.P. but after rest and improved medication, he became a Non-Executive Director with his local Primary Care Trust and more recently had been involved with his local Clinical Commissioning Group Chair of a Patients’ Forum representing 27 practices within the consortium footprint in the Wirral.

In 2012, N.A.P.P. introduced the Corkill Award for the N.A.P.P. PPG of the Year.  Joe, accompanied by his wife Margaret, attended N.A.P.P.’s Annual Conference in Manchester to present the award. In his short speech, characteristically modest and self-effacing, he demonstrated again his ability to engage an audience with gentle humour and passion for his subject. Always an entertaining companion, with a wealth of anecdotes, Joe was a kind and compassionate man who championed the underdog and was not afraid to speak his mind.   This award is a fitting tribute and memorial to his commitment to the cause of PPGs and his long relationship with N.A.P.P.

Find out about Patient Participation Groups as well as relevant policy changes, publications or projects.

Tap into our network, knowledge, expertise and resources by becoming a member.